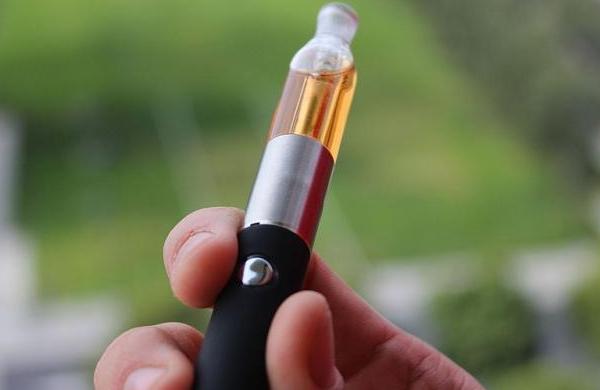 The Indiana House of Representatives recently voted to impose a new tax on the liquid contents of electronic cigarettes and vapor products. The 4 cents per-milliliter tax is now under consideration by the Senate. Americans for Tax Reform urges the Senate to reject this tax, which represents a threat to harm reduction and smoking cessation efforts in the state of Indiana.

By imposing a tax on e-cigarettes, the Indiana House is assuring that adult smokers face even greater hurdles when trying to quit combustible cigarettes.

The health impact to consumers of cigarettes is well known. Conversely, however, vapor products do not contain tobacco and lack combustion. A battery heats a liquid, that when aerosolized and inhaled is significantly less harmful than cigarette smoke. Public Health England determined that vapor products are at least 95% less harmful than combustible cigarettes. This is consistent with the growing global consensus on the reduced risk of these products.

The reduced health risks involved in vaping have led many smokers to turn to the products as a quitting aid. Studying adult smokers, researchers published in the International Journal of Environmental Research and Public Health, determined that 40.8% of users were able to quit traditional cigarettes using a vapor product. Another 25.4% smoked less frequently because of the electronic alternative.

E-cigarettes have even outpaced traditional treatment methods like nicotine patches and Nicorette gum. Comparing the efficacy of both, research published in the New England Journal of Medicine found that e-cigarettes were almost twice as effective as traditional cessation methods. However, the state of Indiana taxes items like the nicotine gum and patches at the rate of the general sales tax. Subjecting e-cigarettes with similar tax rates, which is present law, would make for sound tax and public health policy.

In attempting to tax e-cigarettes Indiana lawmakers are leveraging their constituents’ interests in quitting smoking for a boost in revenue streams. But in this vain attempt at bolstering the state’s general fund, the Indiana House is also leveraging its states small businesses while punishing consumers who make informed decisions about alternative products on the market.

As of 2016, the state of Indiana housed between 200 and 250 specialty vape shops. This figure pre-dates the last attempt at killing the industry, an onerous permit scheme designed to give monopoly control of the market to a select few businesses. Imposing a new excise tax such as the one passed by the House would likely price a number of these shops out of business, slowing state commerce and losing any tax revenue from these already existing entities.

Tax hikes have negative consequences. After passing their own tax on vapor products, the Commonwealth of Pennsylvania lost over 100 of the state’s 400 vape shops. These businesses were forced to close their doors, as they could not sustain business while giving the government its cut.

Before taking the route of the state House, the state Senate ought to consider the real-world effect of this bill. A few dollars extra in the state fund is not worth the blow to public health and small business.

Does Indiana have a date that we can open our stores yet we are doing curbside but no one inside the store yet is it May 1 st thank you ... See MoreSee Less

We look forward to working with public health officials, the media, and the Indiana General Assembly on creating better pathways to prevent youth access of legitimate vapor products and we would hope that the goal of all public health initiatives is to inform the general public with correct and accurate information about the cause of vapor related illnesses.

Indiana Smoke-Free Alliance strongly encourages all media outlets to refer to the statement made by the FDA which fully understands the dangers posed by illicit products and THC products. In the same ...
View on Facebook
·Share